Did you watch the Golden Globes last night? There were a couple wins I was super happy about - Peter Dinklage (Game of Thrones) and Jessica Lange (American Horror Story) - amazing actors and amazing shows. But what I was most excited about last night was Zooey Deschanel's tuxedo manicure!  I was so glad to see adorable nail art making an appearance on the red carpet. Plus, she looked amazing (as always). That hair!... So soft and voluminous. I just want to touch it. (Is that weird? Oh well!). Also, kudos for the two nominations! Such a hilarious show.
I first spotted her manicure in a post she made on Instagram and Twitter. Check it out: 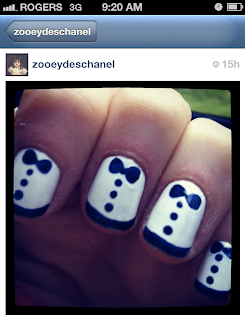 So sweet! And, not to mention, pretty cool when paired with her custom Prada gown. (One thing though...moisturize those cuticles, Zooey!) 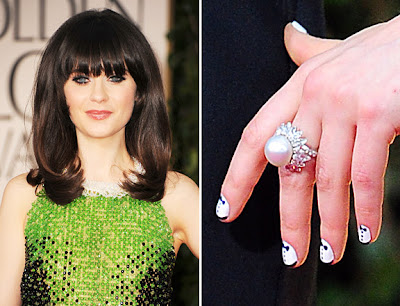 Zooey Deschanel at the 2012 Golden Globes.

Ooh la la. So, obviously, I had to attempt this manicure myself. I started with a base coat, two coats of opaque white polish, and a coat of Seche Vite (see below for why I am adding a top coat here). 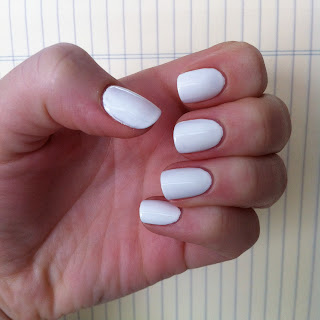 Since I'm a tiny bit of a perfectionist (lol), I decided to use the taping-off technique for the black nail tip instead of free hand (the free hand technique could definitely work here though if you're pressed for time or don't have any tape lying around). When using tape in a manicure, the top coat (Seche Vite) in between the steps is key to making sure polish will not get peeled off. The next step was applying the nail stickers, leaving an even strip along the tip of the nail. I used Nailene's Perfect Tips and Toes French Polish Guides. 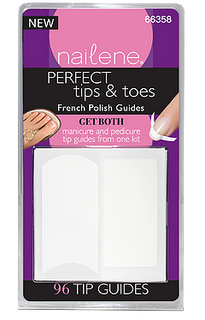 This pack comes with straight and curved stickers for doing french manicures. For this manicure, I chose the curved stickers but here is an example of how you could use the straight stickers. 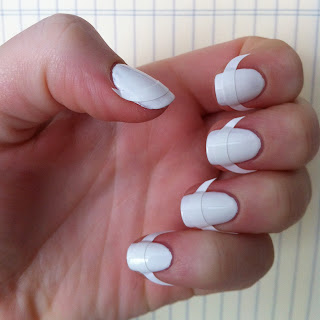 After making sure the stickers were pressed down all along the nail, I carefully painted on one coat of black polish. 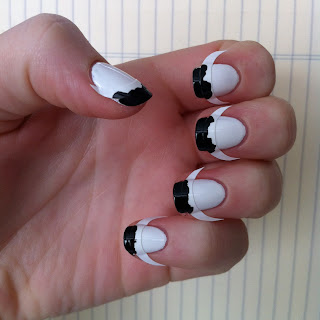 Then, I gently peeled off the stickers and the nails looked like this: 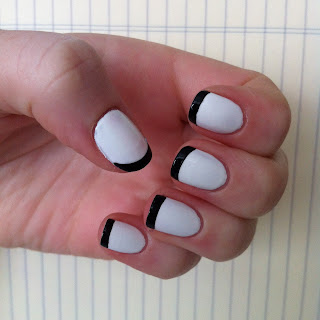 I painted on the bows with a small paintbrush and added the black buttons with a dotting tool. And voila! The Beauty School Dropouts version of Zooey's red carpet manicure: 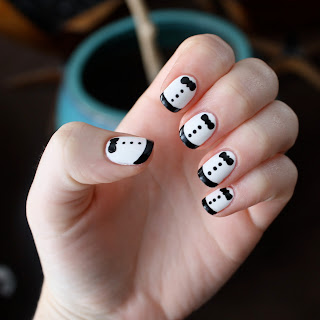 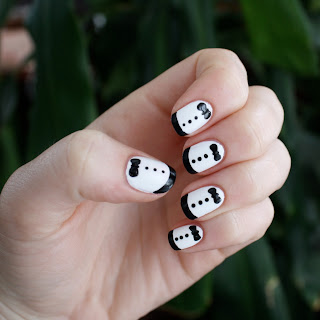 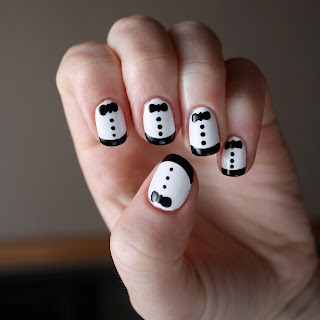 I can't wait to see what other nail art adventures Zooey embarks on!


Pin It
Posted by Beauty School Dropouts at 09:20

Beauty School Dropouts
We are two twenty-something university graduates who have always loved everything beauty-related. This blog portrays our adventures into the world of hand-painted nail art. Email us at beautyschooldropoutsmail at gmail dot com to book a manicure or a nail party for you and a group of friends!

Promote Your Page Too